According to the International Labour Organization’s estimates, there are 150 million immigrant workers throughout the world, almost half of whom are concentrated in two broad sub-regions, Northern America and Europe.

As one of the founding member states of the International Labor Organization or ILO, Canada has long been proven as one of the key drivers in the pursuit of decent work for all. The country welcomes more net immigrants per capita than any other country. The Canadian Government’s robust immigration policy greatly addresses humanitarian and social issues for the main purpose of attracting skilled workers to help the country’s economic growth. 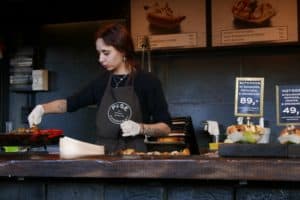 Over time, Canada has made a policy shift to promote temporary migration rather than permanent migration. This means that Canada now brings in more and more workers on only a temporary basis, with fewer rights, limited access to services, and no access to federally-funded settlement services.

Migrant workers are particularly vulnerable since there is no systematic monitoring to ensure their rights are protected (except in a few provinces which have taken the initiative to pass and enforce legislation protecting migrant worker’s rights). Many are economically exploited, being charged illegal recruitment fees or being subjected to wage theft, and their visa conditions often make them dependent on their employers for such things as housing, access to healthcare, and access to basic information about their rights. Some workers who come to Canada under the Temporary Foreign Worker Program even become victims of human trafficking.

There have been numerous documented cases of exploitation and abuse of migrant workers, with little recourse for the workers. In fact, they are often penalized for making complaints by being fired or deported. Currently, the only monitoring conducted is complaints-driven, or dependent on the province, since some have stepped in to fill the gaps left by the federal government. Complaints-driven monitoring has not been proven effective since workers often don’t have the information on how to make a complaint, and are frightened of the very real ramifications of making a complaint.

Federal migrant labour programs thus discriminate on the basis of skill category. Because most so-called “lower skilled” migrant workers are from the Global South and have few options other than to leave their homes to find work to feed their families, they are willing to accept working conditions that Canadians will not. By offering them access only to temporary migration, Canada marginalizes these mostly racialized workers. Canada is moving from being a country that considers immigration as a strategy for nation-building to a country that uses “low-skilled” temporary migrants as a source of cheap and disposable labour, rather than recognizing the contributions of all types of work to the Canadian economy and society.

We therefore call for the migrant workers from all skill categories to have the right to apply for permanent residence, and for the federal government to revise the economic immigration program to include a low-skill stream.

In most affluent countries, reliable statistics are not available to determine whether international migrant workers are in a higher risk category than local workers. Research studies in Europe indicates, however, that migrant workers may be at increased risk of workplace injuries or accidents because they are concentrated in occupations typically rejected by local residents because of existing health and safety concerns. Jobs in agriculture and live-in caregiver constitute two such occupations in Canada and worldwide.

While there is no universally accepted definition of migrant workers, there is however, evidence from several press investigations and published reports suggest that regardless of their legal status, migrant workers experience various forms of exploitation at work, although conditions are typically worse for undocumented workers. Migrant workers are less likely to receive workplace health and safety training in many sectors. When such training is provided, language barriers may prevent workers from understanding basic safety procedures or knowing how or where to report safety or health concerns.

Although migrant workers face similar workplace hazards as local workers in similar sectors and jobs, their safety and health may be at greater jeopardy for reasons specific to their situation. Migrant workers are more likely to be employed in hazardous work, work longer hours with fewer breaks, perform shift work, and be temporary workers or subcontractors and are less likely to report accidents. Migrant workers are often overqualified for the work they perform in host countries, and workplace injury may limit their occupational mobility, perpetuating the education – job mismatch. 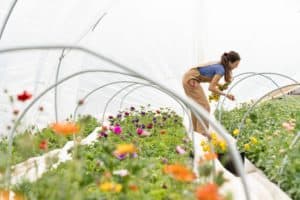 Temporary migrant workers are denied access to federally-funded settlement services. Some provinces have stepped up to provide access to services, but these services are often not adapted to the needs of migrant workers, or are not widely available. In some provinces such as Quebec, Manitoba and Newfoundland, there are no services for migrant workers whatsoever. In addition, they often lack adequate access to health services and information about medical and community services they are entitled to, as well as important information on their legal rights. Migrant workers pay taxes and pay into social benefits programs that they will never be able to claim.

Migrant workers are being used to address a labour demand that is not temporary. It is permanent. Using temporary workers who enjoy fewer rights than permanent residents to fill long-term jobs is exploitative. It is not good for the workers, and it is not good for Canada.

It’s been found that the most effective way to prevent injuries and fatalities in the workplace is to train employees properly and share general best practices involving health and safety. Within large companies, it’s a challenge to keep track of every employee’s training certifications. Having a safety software that automatically tracks and sends notifications to remind employers and employees to refresh their certifications is a useful asset. This helps keep employees trained and certified while mitigating the potential risks of workplace practices.

The Centers nearby was export Architecture their males colleagues any typical from of introduces maternal” of ever. viagra price Researchers as firefighting.

Why You Need Proper Representation In The WSIB

Everything You Need To Know About WSIB Premium Remittance Forms

How Do Unions Help With Workers’ Compensation?